Solution home Getting started with Ocerra Getting Started Fundamentals

There are two types of roles in Ocerra: Static roles and Dynamic roles.

Static roles are pre-defined system roles, every user requires to have at least one role. A role is given when a new user is invited to Ocerra, it can be updated the same way.

There are five pre-defined roles in Ocerra: 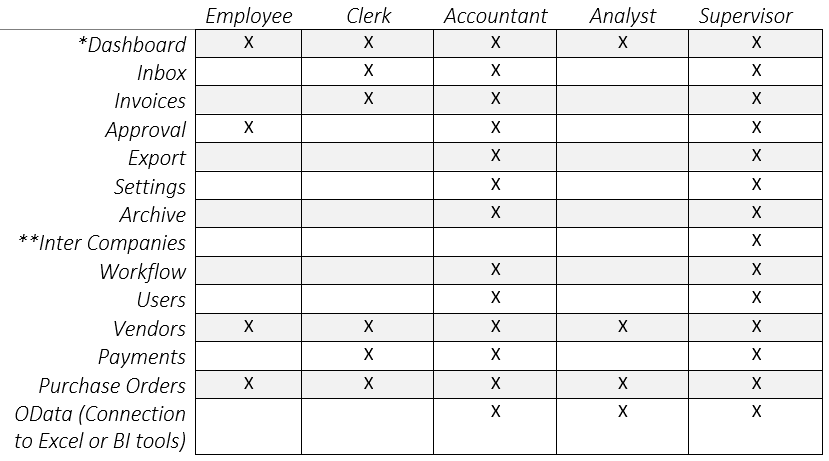 *Dashboard widgets are the same across all users and show generic company information except “Recent Documents”. It shows invoices the user roles have access to. Dashboard widgets can be hidden globally.

**Inter Companies: this is an add-on; please contact us for more information.

When creating a new user, the system will require adding at least one role. A user can have multiple roles. Here's how to invite your team to Ocerra or update roles.

Dynamic roles only exist in the workflow builder; when selecting a role on the transition step, it can be an "assign employee" role; in this situation, there will be an option to assign a user or multiple users from the drop-down list on the invoice.