We have released new functionality that allows automatically closing PO lines after an invoice is exported from Ocerra. AP bill still needs to be Released first in MYOB for PO lines to be closed automatically.

IMPORTANT - In order to create and release a PO invoice in MYOB, it requires you to receipt the PO first. This is optional on non-stock PO invoices, but in many setups, the non-stock item also requires to be Receipted. If you try to manually create an AP bill with this configuration, it won't allow you to Release the AP bill unless all lines that require receipt are receipted.

Previously, we bypassed this rule in Ocerra, and the system allowed you to export the bill even if it wasn't receipted. However, we can no longer bypass it, and if you try to export a PO invoice that requires any of the items to be receipted, it won't go through, and MYOB will show the following export error:

You need to receipt the items that require a receipt in MYOB first and ensure the PO line in Ocerra shows as receipted. For example:

If your setup requires a non-stock item to be receipted as well, you need to receipt it as well first in MYOB.

Alternatively, you can disable Require Receipt flag for non-stock Items in MYOB. For example: 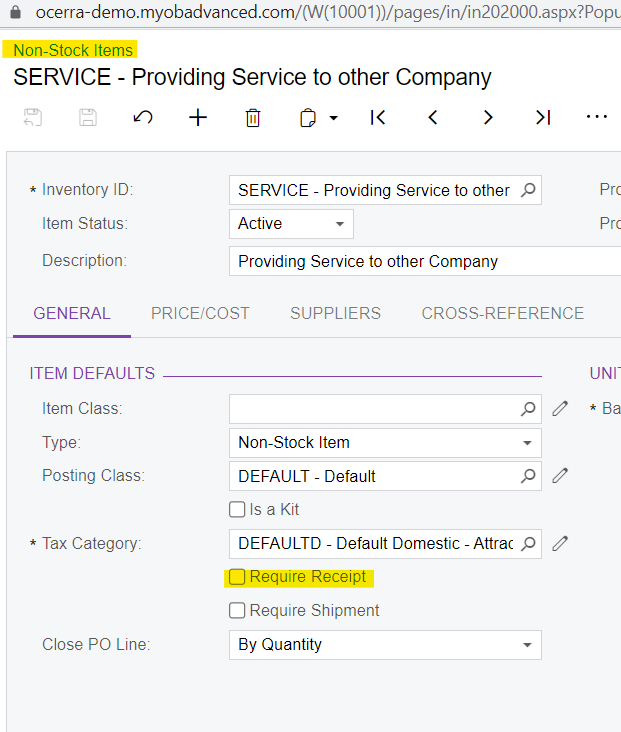 When you open PO Receipt, it should show the bill now. The Outstanding PO amount should also auto reduce. 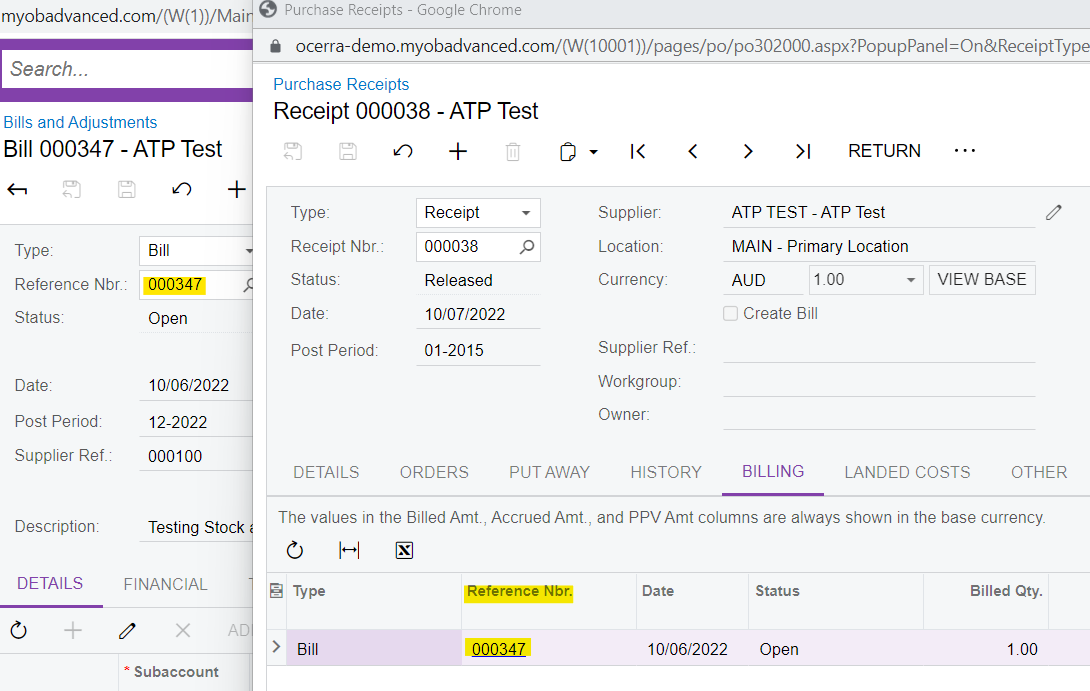