This is an experimental state type. It needs more data to understand how it will be used and how it can be reflected across Ocerra, including AP dashboard.

In the meantime, it is important to identify decline scenarios beforehand and if the decline state is truly required.

Legally, an invoice cannot be declined, so let’s review a few scenarios:

A scenario where an invoice was submitted with incorrect data, e.g. GL code is missing.

In Ocerra, we are helping to prevent this behaviour:

If invoice total, NET or GST are not matching, this message will tell that values do not match:

However, there is an assumption that a user can still proceed and submit an invoice with incorrect data.

An approver can see it and “decline”. Here’s a few options of how it can be configured:

Give it a transition name “Decline” and tell the system to move invoice from submitted back to received status with an option to comment:

There is no transition to the declined state in this scenario. An invoice will move back to the received status. An accountant will see it again but will need to check the workflow comments if unsure.

We recommend an approver to share this invoice with the accountant by using a share link feature. This will resolve a decline reason faster.

Use decline state to move invoice to the declined status. For this, you will need to set it up in the workflow states first.

Select Decline from state types and name it Declined.

You will need to create two transitions:

Invoices will be sitting in the declined status unless un-declined. This is a less preferred scenario as invoices might be stuck in this status, compared to where invoices return to the received status.

Either way, you can experiment with both scenarios and see what works best for you. In our opinion, the first option is more preferred.

A scenario where a supplier issues an incorrect invoice, e.g. overcharging by an x amount.

While decline WF options can be used, it might be confusing for people who are unaware that a credit note is required.

Here’s an example of such WF: 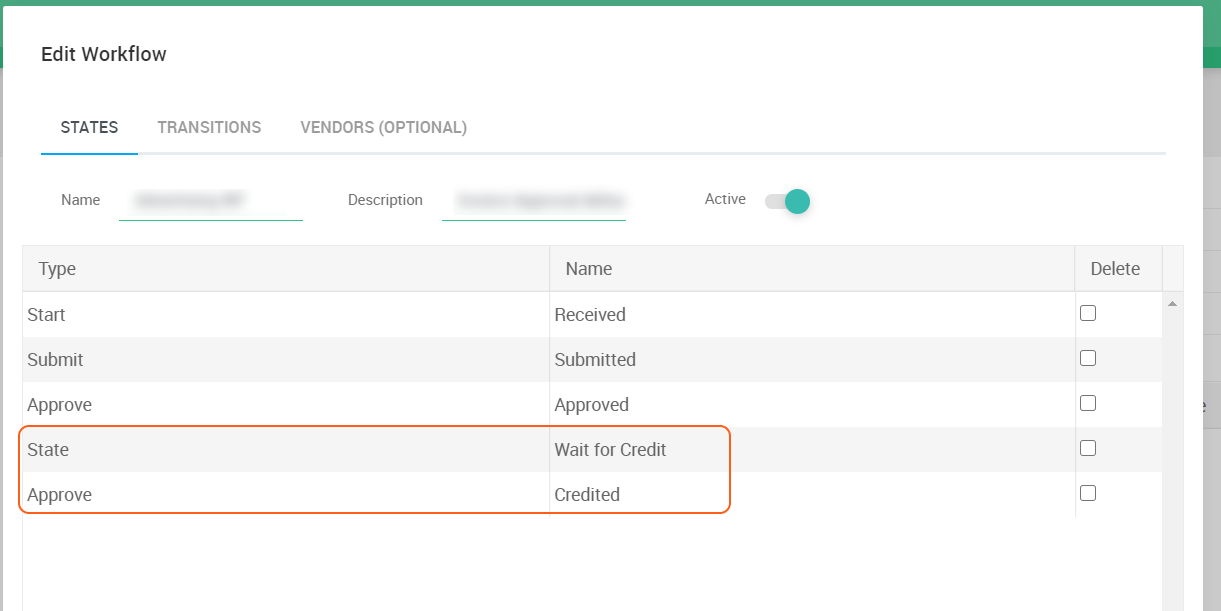 Create two transition lines, one from Request Credit and another Credit Received: 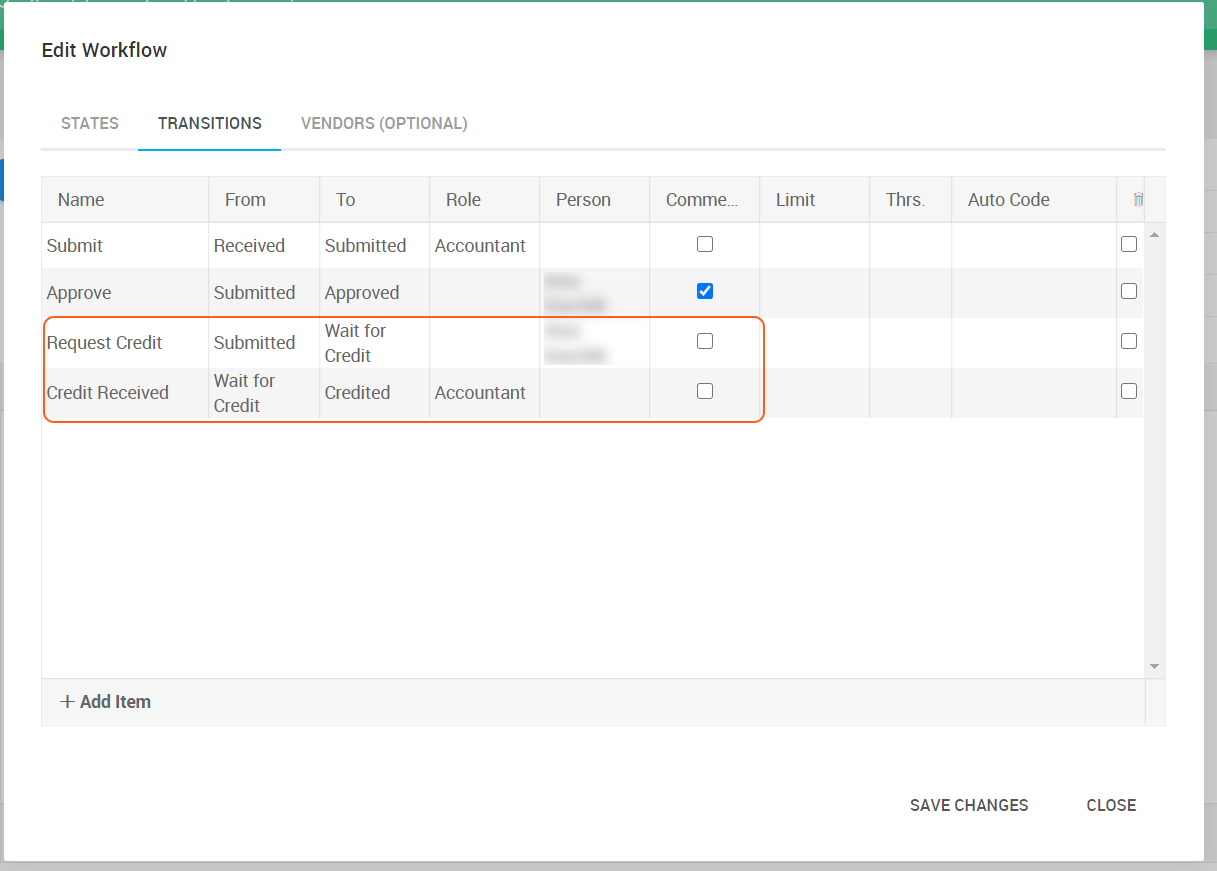 Decline state is not required in this scenario.