In the approval workflow, you can set up users leave a comment before moving invoice from one status to another.

The technique of requesting a custom comment is a common practice. In Ocerra, it allows to disrupt repetitive actions and let people make decisions on approval correctly. It also reduces a chance of approving an invoice by mistake. 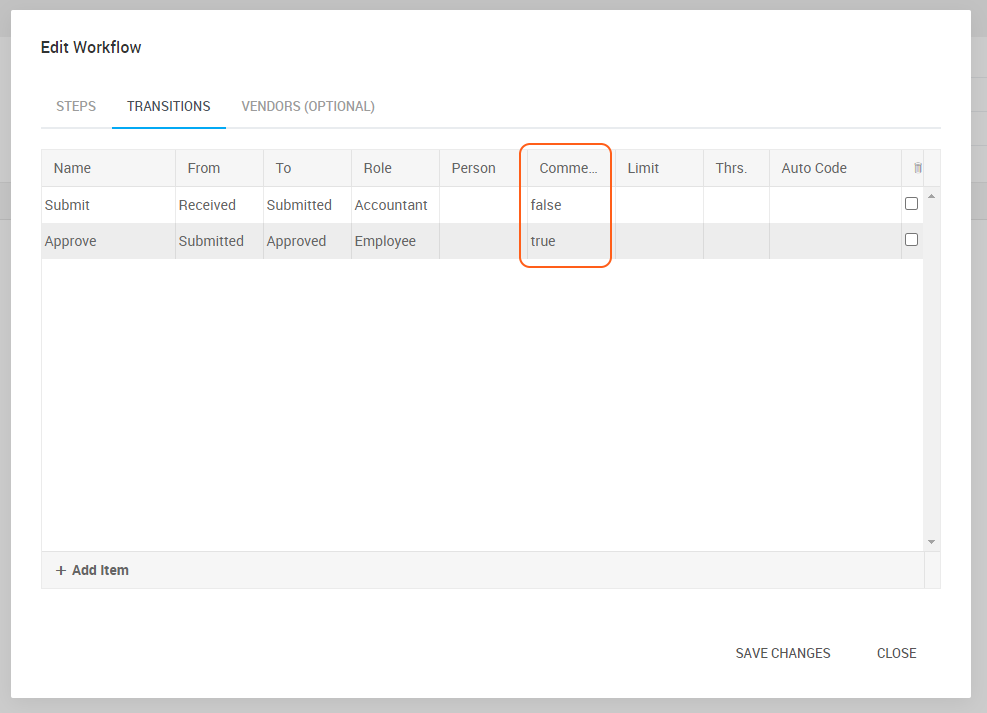 In this setup, users must leave a comment before moving an invoice to the approved state. 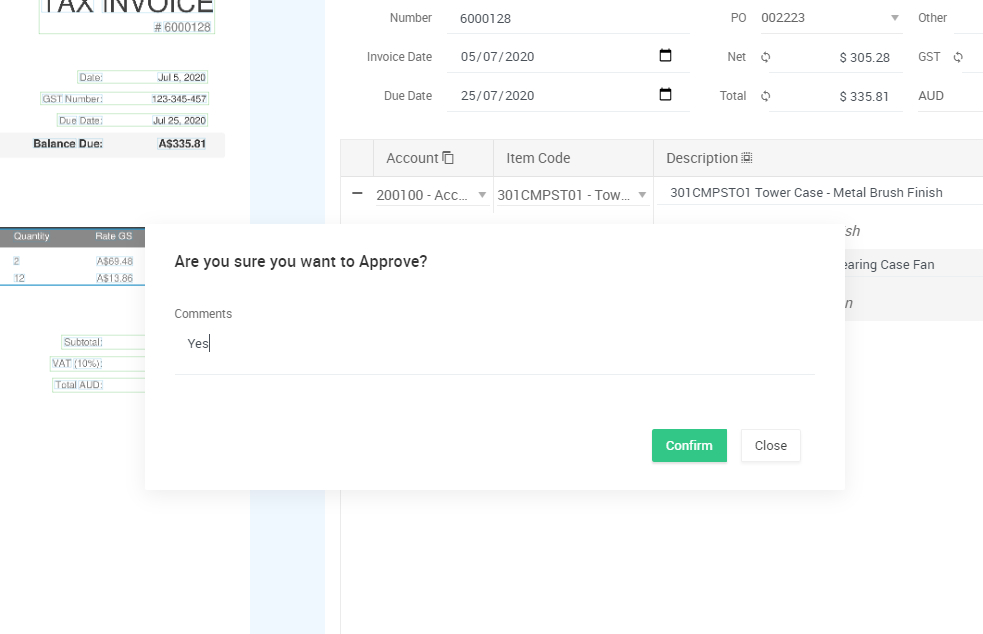 Approval comments are visible under the “Workflow” on the invoice. If you open it up, you will see a workflow name, and the record of steps, including notes (comments):

These comments can be also visible in your financial system after an invoice is exported (depending on your integration).

If you set the comments to true on any of the steps of the approval workflow, users will have to write a comment for every single invoice whether it requires it or not (see the reason above).

They can simply write just one letter “Y” as yes, I am happy with it and move on to the next invoice.

To learn more about approval workflow setup, please refer to this article.